Well as you might have noticed from the title that the NAS build is no more. The more I talked to friends about the project the more it sounded like a NAS solution was not what I needed and I should just stick with what I know and love which is Proxmox VE. I have been using PVE for 5 or 6 years now and really enjoy it. When I got my r710 I first put ESXi on it but after a couple of months of that pain I moved over to PVE and never looked back. I use QEMU vm’s on my linux clients via lib-virt as well. For my NAS needs I can just run a VM with FreeNAS, and then VM’s or containers for everything else I want to run. 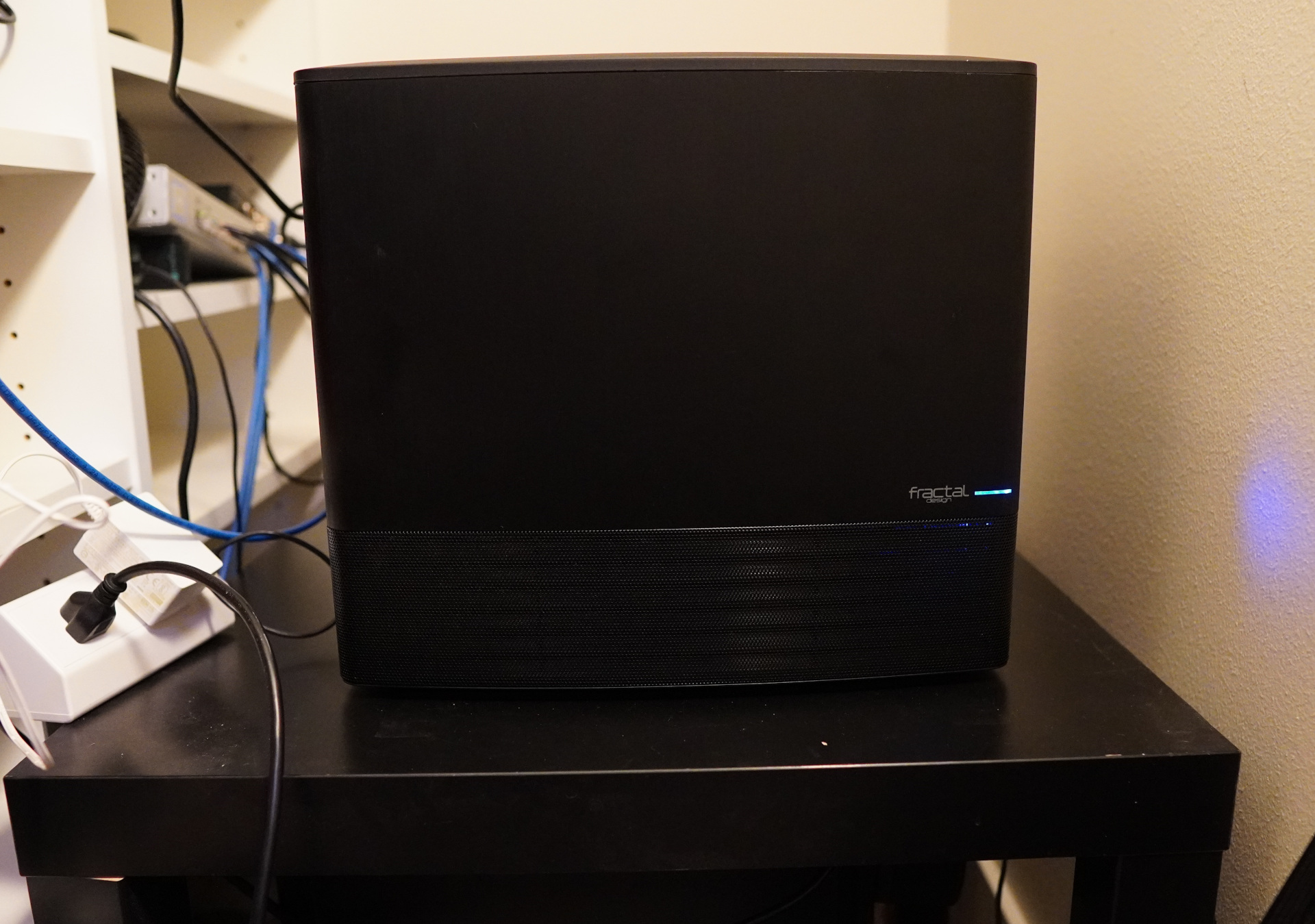 You might notice the Ikea Lack table, yep I had a LackRack for the r710. :D

I did end up investing a little more $$ into this machine than I had planned by buying 4x32GB NEMIX ECC Unbuffered DDR4-2666 but I am pretty happy with my new homelab. I also swapped out the AMD Ryzen 5 1600X I had planned on using with the AMD Ryzen 9 3900X I picked up last summer for a gaming rig I am no longer using due to lost of interest of hanging out in my office more than I have to due to covid-19 restrictions. Another plus of the 128GB of ram is that I was unaware of the RAM needs for ZFS and now have plenty for ZFS and my VMs.

Thought I would show the summary dashboard of the new homelab PVE build.

The new server runs so much better than the R710. I have the 6 x 6TB disks in a RAIDZ2 for 24TB of storage, which should last for some time. How I setup PVE I gave myself another 350GB of the SSD for VM’s as well. This will allow me to use SSD for root of VM’s and the ZFS for storage. This is very similar to many Cloud provider setups. You know the saying right? - “The cloud is just someone elses computer.”

Here is a link to the build on PCPartPicker: https://pcpartpicker.com/list/G3trXb. The RAM I have in the build is not what is in the server, the site did not have NEMIX RAM listed.

Until Next Time, Be Good To One Another Out There